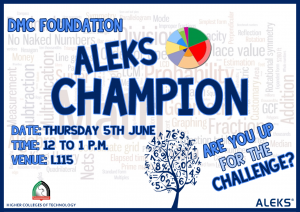 Since its adoption system-wide last August, ALEKS has completely reshaped the landscape of mathematics instruction and learning at the foundation-level in all the HCT colleges. The ALEKS program is an adaptive, student-centered, self-paced system and has brought a great increase in content, competency, and confidence to students as they embark on their journey of higher education.

In an effort to showcase this success, the Foundations Math Team hosted the first ALEKS Math Championship on June 5th, 2014. Cheered on by their peers, representatives from each section (total of twelve sections) participated in the competition demonstrating their newfound mathematical and problem-solving skills. After the grueling ten-question competition, the top three finishers were determined: Mohammad Jamal Al Nuaimi finished third, Mohammed Abdulqader Sharaf Mohammed finished second, and finally Abdulla Sayed Al Hashimi was named the DMC Foundations ALEKS Champion.

It was an inspiring event on many levels: the Foundations faculty team seeing the progress and capabilities of the participants, the level one mathematics students catching a glimpse of what is ahead, the level two mathematics students cheering for their section champions, and the participants themselves competing for the honor of being touted the first ever DMC ALEKS Champion. 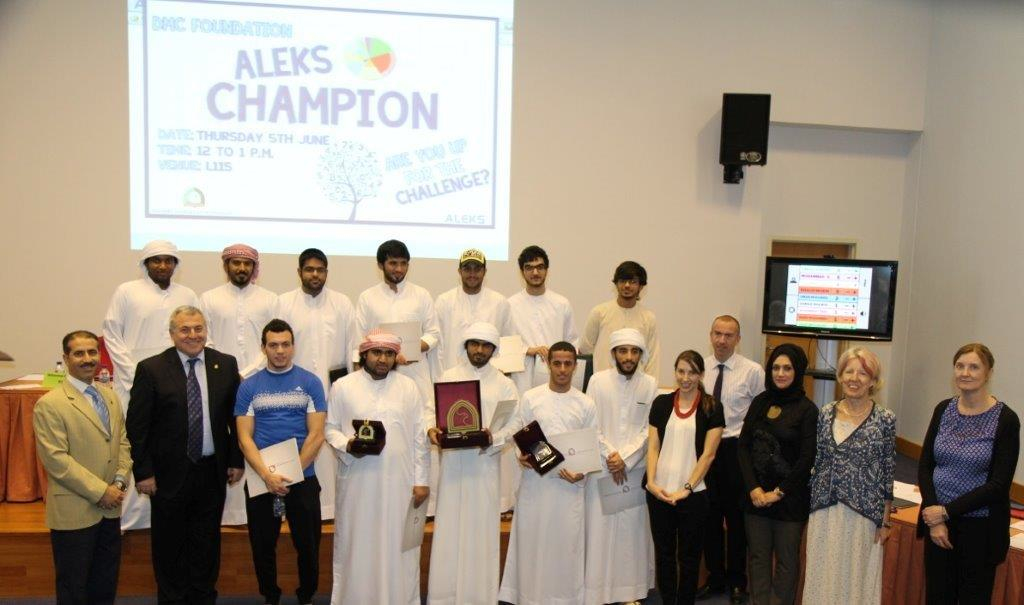 Sincere congratulations go out to the students, who can look forward to a bright future as they enter into their different Bachelor’s programs, surely poised for success.

An ESL lecturer whose experience in programming and web development has made her passionate about integrating technology in her classes. She’s mainly interested in how technology can be efficiently utilized to facilitate active learning, develop interactive curriculum, and train teachers.
swc

see all
HCT and Pearson: A Collaboration for the Digital Transformation of Learning
How to Download Apps via BB