Skip to toolbar Login using your HCT credentials to add comments, share articles, and more!
Home
.
Curriculum & Materials
.
HCT and Pearson: A Collaboration for the Digital Transformation of Learning 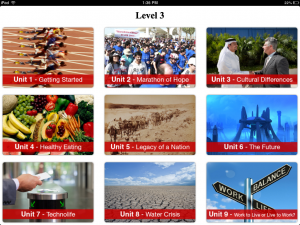 HCT and Pearson: A Collaboration for the Digital Transformation of Learning

As part of HCT’s initiative to transform student learning across all campuses and all years into a streamlined, mobile based and interactive learning experience, HCT partnered with Pearson to embark on a five year, three staged partnership, utilising various resources, expertise, services and value added contributions.

The UAE Federal Mobile Learning Initiative is a ground-breaking project that HCT and Pearson will work together to deliver over three stages:

Given the nature of the timeline, and the focus to start using the content by the fall term of 2013, HCT decided to roll out the units in an iterative, beta version capacity.  The idea was to capture real-use feedback and resolve issues (technical malfunctions, spelling mistakes, grammar mistakes, and punctuation mistakes, etc.) on a rolling basis – the intent was not to have a finished product by the end of 2013.

What has been achieved so far:

The project is currently on track and has met a number of important deadlines:

What we are working on now

What you can expect going forward

HCT has formed faculty focus groups on each campus.  HCT and Pearson will meet with each faculty group at least twice a semester to capture feedback on the iPad initiative.  We are particularly interested in understanding what is working well, what is not working well, and what is needed to enable success in the classroom.

Finally, in an effort to keep everyone informed and aware of the iPad initiative, updates like this will be sent out at least twice a semester.

We value your input into this ongoing improvement process, and look forward to hearing your feedback in the coming months so that we can deliver a Mobile Learning Initiative that creates meaningful improvements to teaching and learning at HCT.