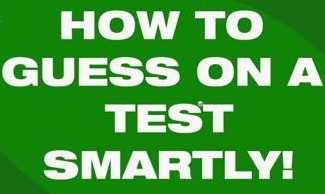 There is no doubt that mastering the subject matter is always the key to succeeding in any test, whether it is a placement test, a language–proficiency test, college assessment, an aptitude test or any other type of tests. The student should be fortified with the necessary and sufficient knowledge before any attempt of taking a test. But what if the student lacks the appropriate knowledge to answer some multiple-choice questions? Is it alright to try to guess?  And could it be just a random guessing or must be an intelligent one?

Cambridge Dictionary defines intelligent guess as “an educated guess that is made using judgment and a particular level of knowledge. It is, therefore, more likely to be correct”.

But how can a student make a correct guess? They can do it through a judgment that stands as the second element of making an educated guess. And it comes as a result of a long and extensive experience in practicing multiple-choice tests. However, guessing should only be attempted if a student is in doubt of their knowledge.

William Poundstone, the author of “Rock Breaks Scissors: A Practical Guide to Outguessing and Outwitting Almost Everybody,” claims that he has found several common statistical patterns in multiple-choice tests. He analyzed these patterns and came out with what he calls strategies to make an educated guesses.  Here are three main strategies that he recommends:

Some educators argue that students should avoid choosing these two options!

The age of a man is double the age of his sister. The sum of their ages is 36.

How old is the man? 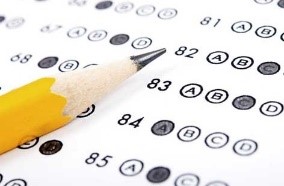 There are, however, other strategies that a student can refer to when trying to make an educated guess on a multiple-choice test. Here are a few of them:

→ If two or more answers say the same thing, each is wrong and so can be ruled out.

Options A & D say the same thing! Both are out.

→ If two answers contain a similar sounding word, such as “Complement” and

“Compliment,” then most probably one of them is the correct answer.

→ Some answers can be found in other questions

One question: “What is Bill Gates famous for?”

Another question in the same test: “When did Bill Gates co-found Microsoft?”

→ If two answers seem correct, choose “All of the above.”

→ When two answers are complete opposites, one of them is probably right.

Example: What is the meaning of Ascending?

The student can narrow his choices to A or B.

To conclude, there is an important rule to remember.  None of these strategies of guessing will guarantee success.  The students should keep in mind that the most important approach to answering any test whether a multiple-choice or other, is to attain appropriate knowledge, to study well, and to be prepared for the test. 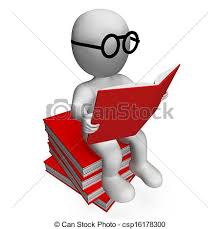 see all
Solutions to Misbehavior in the Classroom
Edtech Tips: How to use BookWidgets for dictation