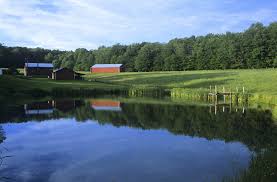 Something out of the ordinary happened one summer. My father told us that we were going to the United States of America for the second time. He had decided to do his PH.D.  This time was completely different from the first. I was no longer the 4-year-old girl who thought America was one big animation world she dreamt to join. This time I was 8 years old in the 4th grade. 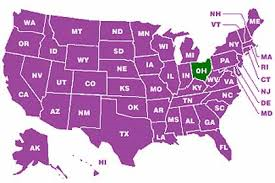 Once we arrived in Columbus, a city in the state of Ohio, my father put me and my brothers and sister into an American school. I found myself in a class full of American children whose native language was English. My English speaking was broken and I hardly could come up with a full English sentence. Ms. Doormen was my teacher. She felt how I was struggling, and she tried to help me. She said that I was the only one in class who could use the dictionary to define words. Other kids were not allowed to do this. They had to define words using their own vocabulary. “Ms. Doormen, this is not fair. Why do you allow
Huda to use the dictionary?” they complained.

From that day forward, I decided to be like them. I would have to prove to everyone that I too knew how to define words without using the dictionary. I told myself that I had to know more English. Therefore, I paid close attention to everything the teacher said. I learned every English word that my teacher uttered. Each word added to my sense of power and validity. With the second summer approaching I had progressed so much. My English was excellent.  I spoke it gracefully, and after 9 months, I even began to speak English with an American accent.

In Columbus, all my teachers were native speakers. English was the only language that I heard from my friends, the students at school, by the programs on TV, and in the restaurants and shopping malls that we visited.

On the other hand, at home my parents restricted us from speaking English. The reason behind their decision was because it was the only way that we could practice and improve our skills in our native language, Arabic.

We didn’t stay a lot in America and soon we returned back to our country. However, English had given me so much satisfaction, so I decided to continue my
studies in English in my home land. I had my university degree in English with high scores and this presented me with the opportunity to go back to America to study for my Master degree.  That time I dreamt about the possibilities of how I would improve my English skills. I joined Indiana University of Pennsylvania to attain a degree and to increase my knowledge.

Now my hope for the future is to utilize the knowledge I’ve acquired throughout my life for the benefit of my country. This is why I have decided to become an English teacher.

Ms. Huda has a Master in English, Indiana University of Pennsylvania, USA. She is faculty at Abu Dhabi Women’s College, Abu Dhabi. Ms. Huda is interested in utilizing efficient tools and strategies to facilitate active learning in her classes. Mobile technology, language deconstruction and eportfolios are her major interests.
adwc