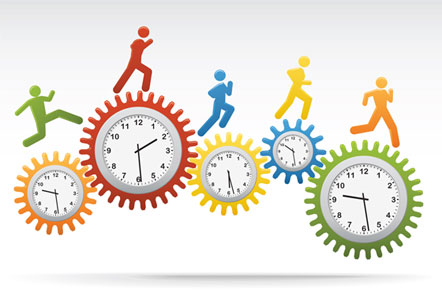 Lates and absences in perspective

I decided to look at some numbers for this cycle, since students are now allowed to go up to 15% absences before being dismissed.  These numbers will vary depending on the cycle, level, program, and number of ‘lessons’ per week, but based on a 24 ‘lesson’ week in English Level 4, in this particular cycle, here are some numbers to put the new attendance policy into perspective:

Whether or not you want to explicitly tell students this is another matter.  There are many factors that cause those numbers to change, so it’s not good for students to have it in their heads exactly how much time they can miss, only to be dismissed when they find out that for their particular program, it’s actually less.  And we don’t want students ‘planning’ out their absences anyway!  They might actually get sick in week 5 and “run out of absences”.  Or they might skip more classes because, “well, hey, I’ve got a whole week to worth with!”

On the other hand, it really does seem that the students have considerable leeway here, and these numbers really show that:

“Sir don’t mark me late…because if you do, I can only be late 74 more times in this cycle!”

“Sir please don’t mark me absent… because if you do, I can only be absent 24 more times!”

To put this in perspective, can you imagine working for a company and being absent 15% of your working days?  In a 48-week job (assuming 4 weeks of vacation and a generous 12 days of national holidays):

Interestingly, we took students to a speech by Dr. Ahmed Al Shoaibi, about the children’s books he writes.  He gave a fantastic speech about his books, and then on the side, he mentioned that he was in charge of creating the HCT attendance policy.  He briefly mentioned that he was tired of hearing people complain about this attendance policy on social media and said:

It’s not that hard – just come to class!