During this cycle I had thought about how we could give the students something different towards the end. We all know that the last week can be difficult to motivate students, as they begin to wind down. So, I thought about having an activity morning. We set up classrooms next to each other with different activities based around the language and skills they have been learning and will be tested on. This idea came about from a similar project I had been involved in last academic year. At that time Level 3 and 4 students had been the focus. This time it was Level 2 students. In order for the activity day to be a success, I had to speak to my team and pool some ideas together. 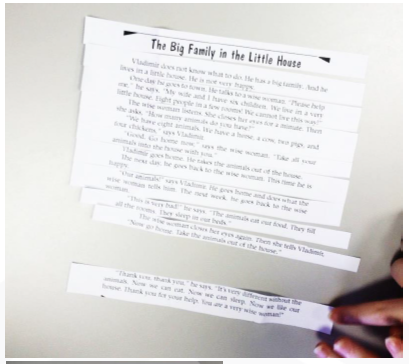 Roughly three weeks before the end of the cycle we had a quick team meeting. Here we thrashed out a few ideas. I wanted to have some quick activities, about 10 to 15 minutes in length, and things that would cover the skills the students had been learning. The activity morning would only be for about two hours. These were – vocabulary, grammar, reading, writing and listening. In Level 2 we don’t have a speaking test. During the meeting we decided that we wanted something a bit more fun, so we opted to exclude listening and we would have a game activity instead. This would help to break up the work and at least inject some more excitement into the day. Each skill was then divided up between the teachers. We wanted the activities to be more physical and try to move away from the iPads. 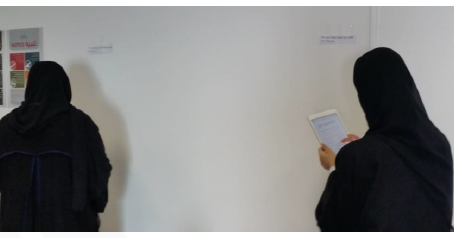 Reading – A short story chopped up. Students worked in small groups to put the story together.

Vocabulary – Quizlet live. Students worked together in small groups. The vocabulary was a mixture of the words from all six quizzes.

Grammar – Two games of grammar. The first being jeopardy. Here students had to work together and come to the board to give their answers. The second game was a kahoot game, with a mixture of all the grammar from the cycle.

Games room – There were three games. The first was Jenga. The second was boom balloon. The final activity was guess who. 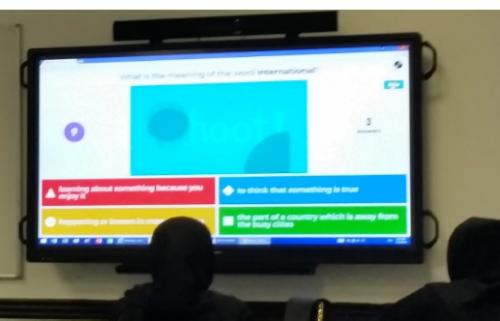 In order for the day to be successful we needed a good space where we could have the students together. This would prove a little bit difficult. We first thought about using the Multi Purpose Hall, but we felt it might get too noisy or confusing. So, we opted for a five or six classrooms in the same corridor. This way the sections could move from one classroom to the next without getting lost and complete each activity, without too much commotion going on. So, we now needed to check the schedules and find a time where there wouldn’t be too much disruption for other teachers and other levels. We were lucky that one of the Level 2 teachers also helped out with scheduling and she organized the rooms and changing other teachers’ schedules so we had the rooms free in the morning. It should also be noted that teachers from other levels must always be contacted and consulted, so everyone knows where they need to be. Also, we didn’t want to sections to remain together. We really wanted to mix them up and let them have a chance to work with other students. In order to do this we colour coded each activity, e.g writing is red, reading is blue and so on. Each section would then go to a classroom where students would then be given and colour. This colour would represent the first room they would go to. We thought this would be a quick and simple way to mix the sections together. 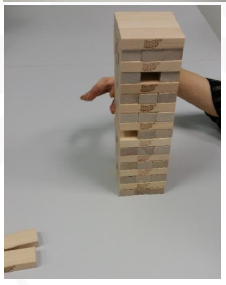 Sunday the 4th of December was the day we had decided to have our activity morning. Unfortunately to our surprise some students had decided to remain at home and revise for their exams there. So, with slightly diminished numbers we decided to split the students we had into two groups. If we had too few students the activities may not have worked as well. We also decided that we would combine the reading and the vocabulary together into one room. So now we had four activities instead of five, which made more sense. So, we had two groups working their way around the rooms. The students seemed to be enjoying themselves and were happy to complete the tasks. The teachers also reported that the work was being done competently and that the students seemed to be enthusiastic. We even had a few teachers from other levels walk by and comment that they wish they had done something similar and may do so in the future. 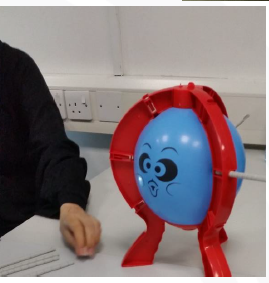 I can say that I was delighted with the outcome. Teachers and students were happy with the work. So, I will take that as a success. Some things to consider would be to look at more activities and focus on group work. Furthermore, it can be difficult at times to keep in touch with teachers, especially with our hectic schedules, so as course team leader try and keep in contact with everyone as often as possible and make sure that work is ready to go. I personally had no problems with my team and in fact they all did more than their fair share to make the day successful.

see all
Using Library Databases
The first day back