Skip to toolbar Login using your HCT credentials to add comments, share articles, and more!
Home
.
Professional Development
.
How to improve your students’ spelling AND pronunciation in LEAPS and BOUNDS!

How to improve your students’ spelling AND pronunciation in LEAPS and BOUNDS!

I believe it is important that we EL teachers put ourselves in the shoes of our students. For example, when English speakers learn Arabic, the vowel sounds are easy. But there are ten new consonant sounds to master that do not exist in English. Also, of course, a new writing system to learn. 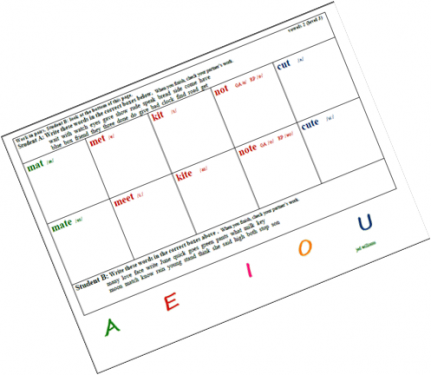 When Arabic speakers learn English, on the other hand, it is the vowel sounds that are more difficult to learn than the consonant sounds. Our students have to cope with more than ten new vowel sounds that do not exist in Arabic!

Not only that, English is phonologically opaque meaning that the correspondence between the orthographic (written) and phonemic (spoken) realizations is often illogical and irregular.

Clearly our students need help with EL pronunciation and spelling (phonemes and graphemes), but I was surprised to discover that there are no suitable tasks designed especially for Arab students in the HCT environment.

Problems with the available materials

(1) Too much emphasis on the phonetic approach and on the IPA symbols (which I don’t think our students necessarily need to learn). E.g. contrasting /ɪ/ (bit) with /iː/ (beet). Not only are these two vowel sounds easy for our students (they exist in Arabic), but it is (almost always) clear from the spelling whether an item is pronounced with /ɪ/ or /iː/. Our students need help with both pronunciation and spelling.

(2) Too many low-frequency words in the tasks. E.g. one worksheet (which I found among our FWC materials) with the title “Basic Literacy” includes the bizarre items repots, spruce, crumpets, precuts, stomper, and so on. Our students need examples that are high-frequency (useful) vocabulary.

The three problems above sorted!

I have now created phonics worksheets that have sorted the issues above.

(1) Emphasis on the spelling rather than the IPA symbols. E.g. contrasting /ɪ/ (bit) with /ɑi/ (bite). And teaching spelling rules/tendencies. (The IPA symbols are included on my worksheets for the teacher’s reference, not for the students.)

(2) Using high-frequency words in the tasks (apart from some items when first presenting new phonemes on a few of the worksheets). So students are learning pronunciation, spelling and meaning.

(3) Tasks which work in both GA and RP. E.g. the vowel sound of caught is NOT presented in the same worksheet as the vowel sound in either cot or court. I believe the differences between American and British pronunciation are exaggerated, and I have produced worksheets that avoid any problems by using the standard lexical sets designed by J.C. Wells[3]. For example, the vowel sound in caught is contrasted with that in coat.

It took many years to complete phonics tasks suitable for all five levels of Foundations from Pre-Foundations (which I call level 0) up to level 4. For each level, there are both consonant and vowel worksheets with comprehensive teacher’s notes (more than the students will need to know). The student worksheets are in PDF format and can be either done on an iPad or printed and done as hard copy. There is an emphasis on those vowel sounds which present the most spelling and pronunciation problems for our students. E.g. the six phonemes in not, note, now, but, put, blue. These six lexical sets include many high-frequency words and present many spelling challenges.

Obviously the worksheets increase in difficulty with each level. In theory, a student could do all the worksheets from level 0 up to level 4 and benefit greatly from them all. In addition, I deliberately introduced other differences into the worksheets at each level so that a student will not shout out, “Did this last semester!”.

My students have enjoyed these tasks enormously. And their spelling and pronunciation has improved in leaps and bounds. I hope your students will also enjoy them (and benefit from them).

[2] RP = Received Pronunciation (aka BBC English or Southern British English). Some British dictionaries also include the weak forms /i/ and /u/ as separate phonemes, making a total of 22. 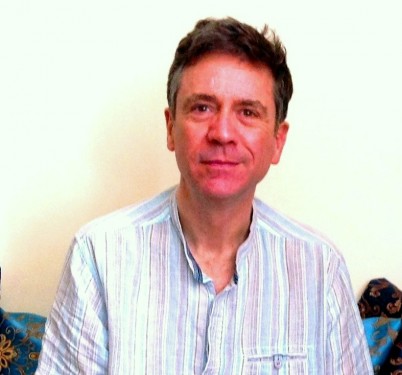 Jed came to work as a foundations English teacher at HCT Fujairah in August 2000. His passion for creating useful resources for our students led him to spend a lot of holiday time preparing these phonics materials and even after he left HCT at the end of last January he still found time to review and refine the worksheets one last time.

Jed’s materials will be available on the foundations Sharepoint. If you want more information on how these can be used contact Nicola Harris (nharris@hct.ac.ae) at FWC.

see all
Building Resilience in Students – Part 2 of a series on bullying
Adobe Voice: Creating Videos Couldn’t Be Easier!