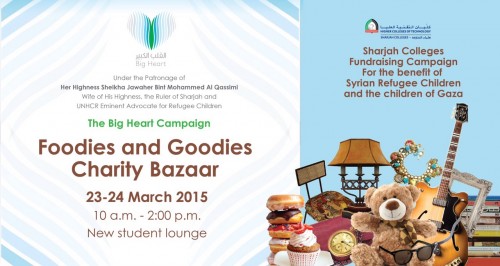 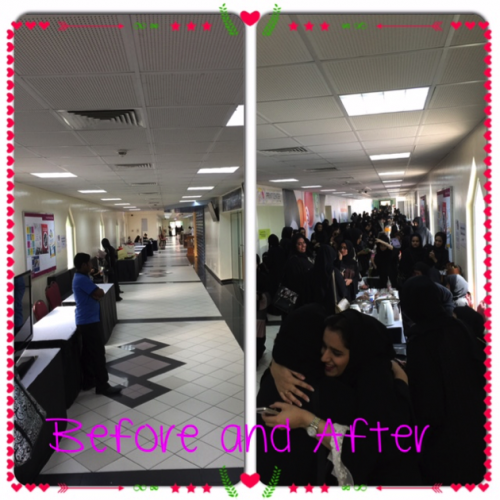 Foundation students at Sharjah Women’s College joined the HCT in contributing to the Big Heart Campaign, which is under the patronage of Her Highness Shaikha Jawaher. The campaign aims to help Syrian refugee children. The Charity Bazaar was organized in support of Big Heart. The event was a great success and raised more than AED 32,000 in two days, setting a new record. 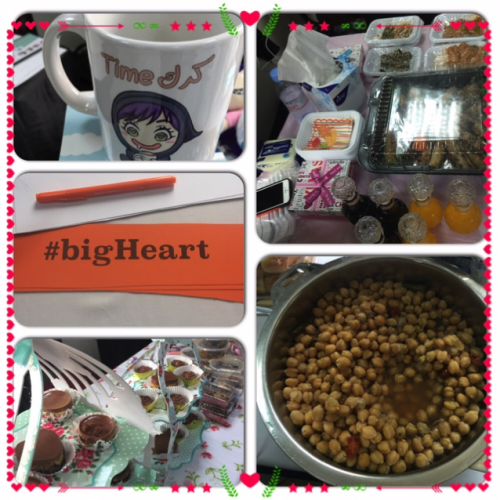 During the two-day event, the Foundations team worked together to ensure that things ran smoothly. Students led the bazaar and sold a variety of ethnic and non-ethnic food, beverages and sweets. Students and staff donated toys and books that were sold in the bazaar. Everyone’s sincere involvement was inspiring. Their contributions were generous and heartwarming, and their commitment to raise a record figure to help the needy children of Syria was clearly felt.
The bazaar was also a great Learning By Doing experience. Students saw how they can apply what they had learned throughout the semester, such as differentiating cost from profit. Most importantly, they enjoyed working in teams. Ahlam and Maitha, two students, thought that the event ‘was a great opportunity for students to be involved in the community and apply math in daily activities’. They also liked the event so much that they wished it had gone on for more than two days. They think these events bring students together and improve their trading and math skills as they apply them to real life.